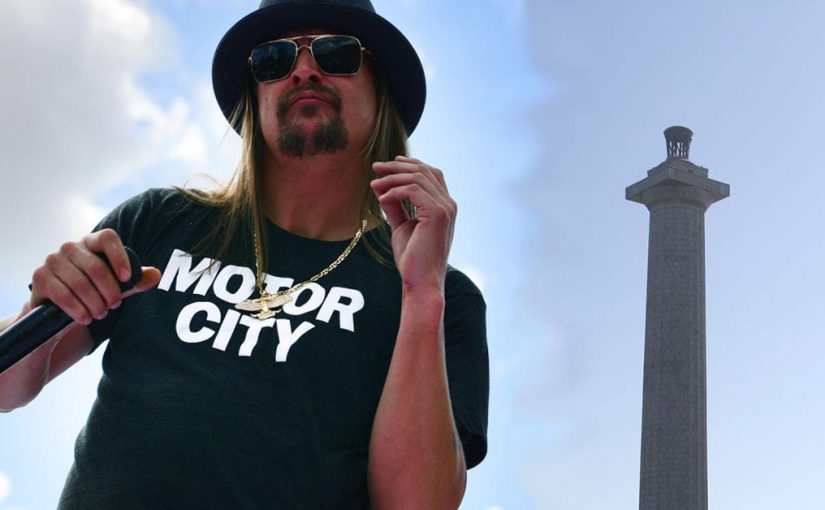 In case you missed the news, Kid Rock is performing at this year’s 2019 Bash On The Bay!

Last year, Rascal Flatts performed an amazing concert at Put-In-Bay! Everyone was curious to see who would headline the next concert. Attendees didn’t have to wait long because, after the final encore, they announced that Kid Rock would headline the concert in 2019.

Bash On The Bay is taking place at the end of this month on August 29th.

Putting on such an awesome event takes a lot of hard work, organization, and lots of energy. Last year, it took two whole days to set-up. Semi-trucks full of staging equipment and road crews worked to transform the Put-In-Bay Airport into an outdoor concert venue. Put-In-Bay Ferry Boats operated late into the night to transport concert-goers. Put-In-Bay hotels and lodging units were booked, and filled, to capacity.

Kid Rock, a Michigan native, is known for his hit singles “Cowboy,” “Devil Without A Cause,” “All Summer Long,” and “Picture.” Similar to Garth Brooks, who combines rock with country. Bash On The Bay, organizers are predicting this will be the largest Bash On The Bay Concert to date. It is suspected that Kid Rock with his large follower count and his huge local fan base will make Bash At The Bay the largest single event ever held on the Lake Erie Islands. Ferries, taxis, and golf carts are expected to be packed!

In honor of the 2019 Bash On The Bay Concert being less than 20 days away, we are listening to Kid Rock on repeat! That includes every album Kid Rock has ever released. All 16.

Grit Sandwiches for Breakfast released in 1990.

The Polyfuze Method released in 1993.

Devil Without A Cause released in 1998.

The History of Rock released in 2000.

Which Kid Rock album is your favorite? Fun fact: Kid Rock has never appeared as a judge on The Voice, unlike fellow country stars Blake Shelton who spent at least 5 years on the show and Keith Urban who appeared as a coach in the Australian version of The Voice.

We cannot wait to see you on the island for this year’s Bash On The Bay! There are occasionally cancellations, so check out https://www.islandclub.com for last minute openings!