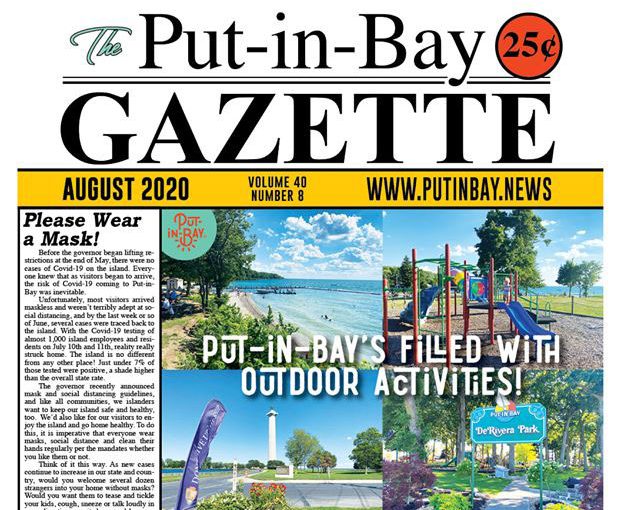 The following piece is published in this month’s Put-in-Bay Gazette. The Gazette has been producing incredible independent Put-in-Bay island news for over 40 years. If you have any interest at all in what is happening on South Bass Island, we urge you strongly to subscribe to the Put-in-Bay Gazette. One-year online subscriptions are only $15, and print subscriptions are available as well. To subscribe please click here.

We sat down with Jim, or “Chief” if you want to call him that, a couple of weeks ago for an interview and found him to be outgoing and professional with many ideas about what the island’s police department needs as it deals with contemporary issues facing law enforcement officers in the ever-changing 21st century.

Jim grew up on the east side of Toledo near Tony Packo’s, attended high school at Cardinal Stritch where he played defensive tackle on its all-state team. He also wrestled. After High School he went to Owens College. Jim is married and has two children.

Jim began his law enforcement career in 1989 as a deputy in Wood County. He started at the bottom, first as a jail deputy, then went on to supervise prisoner road clean up crews. Then he became a road deputy and eventually a SWAT officer. From there, he joined the U.S. Marshall Northern Ohio Violent Fugitive Task Force and eventually became an officer in the federal court system. Experienced as a hostage negotiator, Jim also taught OPOTA classes at Owens Community College.

Ottawa County Sheriff Steve Levorchick recommended Jim for the job when Mayor Dress was looking for someone to fill the position after Chief Steve Riddle was put on administrative leave on Wednesday, June 10th. Steve and Jim have been friends for 35 years having met when Jim was a bouncer before getting into law enforcement.

Kimble said he’s an advocate of community policing and a strong supporter of de-escalation tactics and transparency, the lack of which have been problematic for the Put-in-Bay Police Dept. for many years. He realizes that with the limited number of officers, he must make them more visible, plus train his officers so they have the tools necessary to deal with the crazy situations they encounter on the island. Jim is a firm believer in training, training and more training! In fact, Jim was off the island a few days after our interview for more training for himself.

As for transparency, one of the first things Jim did was to have a video interview with Sandusky Register Editor Matt Westerhold, a first for any Put-in-Bay official after years of a trying relationship between Put-in-Bay and the mainland newspaper. Kimble is so transparent that he gave Westerhold his personal cell phone number.

Jim says he has received an overwhelmingly positive welcome to Put-in-Bay, and he looks forward to the challenge of helping the PIBPD with his law enforcement experience and expertise.